To Whom Else Would We Go?

Though I attended Catholic schools K- 12, growing up I had very little idea as to what the Church taught. I do not mean that I was merely ignorant of Church teaching on particularly controversial moral questions (though that was true too). But even more importantly, I was ignorant regarding the very heart of the Faith, those mysteries which demand contemplation and elicit the kind of awe upon which the virtue of faith is built. What little memory I have of my religious education at school is a collage of felt banners, coloring pictures, watching movies, and perhaps memorizing a few names from the Old Testament. Looking back, while I can recall learning things that were clearly heterodox, mostly we just did not learn. I can still remember my incredulity as a high schooler when I learned that Catholics believe that Jesus Christ is really and truly present in the Eucharist. “How is it possible not to have been taught that in all these years of Catholic school?,” I thought.

During our senior retreat, I sat in a small group of students with a retreat leader who attempted to comfort us regarding our imperfections. After all, he said, even Jesus sinned sometimes. Of course, I do not blame this man. He had no ill-intent. He too had been abandoned by those charged with his care.

The religious education that I received at home further complicated the matter. Both of my parents had been raised nominally Catholic, but they had all but left the Catholic Church before I was born. My father still took being a Christian quite seriously, but he had embraced all of the major tenets of popular Protestantism. We did not attend Mass regularly. For many years, we would attend only a few times a year, often on Christmas or Easter. Again, I do not blame my parents for this, since they too were merely a product of the poor religious education that they had received as children.

By the time that I had reached high school, I had explicitly left Christianity. Since I had seen no substance in Christianity, I had assumed that it lacked all substance. I spent time investigating other world religions and philosophies, convinced that there must be some truth to life’s big questions. I was looking for answers and open to finding them anywhere other than Christianity.

It was at this time that I encountered a high school literature teacher, Charles Renner, who entirely changed the course of my life. Mr. Renner was devoutly Catholic, scholarly, speculative, and sarcastic. Had he attempted to teach us about the Faith directly, I would almost surely have been unmoved, so wide was the chasm in my mind between the word “Christianity” and the reality that it signifies. Rather, Mr. Renner subtly challenged our philosophical presuppositions and taught us authentic Catholicism through literature. Sophocles. Herman Melville. Walker Percy. These (seemingly) theologically innocuous figures became the Trojan horse which would invade the sure walls of my own ignorance and bias.

I began taking every class of Mr. Renner’s that I could. He seemed to have some knowledge of the hidden things of life and to possess answers to many of the questions that I was asking. By this point, something had grabbed hold of me and would not let go. Though I did not know it, I was being fed intellectually and spiritually. And this was done as I was vehemently set against the truth of Catholicism. As time went on, I was even willing to take a class with Mr. Renner entitled Bible as Literature. Perhaps there were some things to be gleaned from Christianity after all?

A decisive and conclusive moment took place in that class as we read through the Gospel of John. On this particular day, we had been reading John 6, the Bread of Life Discourse (this being, as mentioned above, the first place that I had encountered the doctrine of the Real Presence). Those familiar with the text will recall that, in many ways, this moment of Our Lord’s preaching was a sad one. Many disciples who had followed Our Lord left Him behind that day. Since they could not believe His flesh is true food and His blood is true drink, they “went back to their old ways, and walked no more in his company” (John 6: 67).

We know how sorrowful it is to see a friend fall away from the Faith. But perhaps it easy to forget how much more heartbroken Our Lord must be over this. Christ stood before so many people that He loved, proclaiming publicly and with human vulnerability this “strange talk.” Indeed, it was not merely some doctrinal statement which these friends of Christ rejected; they rejected Our Lord Himself.

Mr. Renner read aloud to us the conclusion of this narrative. As he did, he seemed to embody the melancholy of Our Lord, who turned to the Apostles and asked, “Do you also want to leave me?” By this point, Mr. Renner’s voice had grown soft, somber, and slow. He read St. Peter’s answer: “Lord, to whom would we go? You have the words of eternal life.”

Mr. Renner stopped there. The class room went quiet. He turned his back to us. We students became confused. Why has he stopped reading? After several awkward moments, he stepped out of the classroom and into his office next door. There were still a few minutes of class left. Should we leave? What happened? Did someone anger him? Several minutes later, the bell rang and so we left, bewildered. I soon found out (a few students had noticed), that Mr. Renner had broken down into tears. This was a man that I would not believe could cry. We had gone through great Greek tragedies and American dramas together, his leitmotif a dry sense of humor and a certain toughness formed from many years of teaching high schoolers.

But the love of Jesus Christ for the Apostles and their abandonment to Him had moved this man that I so respected. And his being moved moved me deeply. It was all that I could think about for the rest of that day. Though I have few memories of high school left, that image of Mr. Renner standing there crying is still burned into my brain. As in a Flannery O’Connor story (a favorite of Mr. Renner), I was simply ambushed by God’s grace. One is tempted to call it almost violent in its suddenness and power. But unlike true violence, Our Lord grabs hold of us in love, with the suddenness and strength of a lifeguard snatching one drowning in the water.

Without that moment, I fear to imagine what I would have become. Every moment in my life since then that has had any value at all has been a participation in that moment. It was the beginning of my falling in love with Jesus Christ. That love is woefully imperfect, but whatever is there flows from this moment of gratuitous grace. And when one really contemplates Our Lord and begins to understand who He is, we know why St. Peter responded, "To whom else shall we go?"

I am reminded of a line from C.S. Lewis’ The Silver Chair. The character Puddleglum, when tempted by the antagonist to abandon his faith in Aslan, says:

Suppose we have only dreamed, or made up, all those things – trees and grass and sun and moon and stars and Aslan himself. Suppose we have. Then all I can say is that, in that case, the made-up things seem a good deal more important than the real ones…. That’s why I’m going to stand by the play world. I’m on Aslan’s side even if there isn’t any Aslan to lead it. I’m going to live as like a Narnian as I can even if there isn’t any Narnia.

I do not think that Lewis is saying here that we ought to live in discord with the truth or that we ought to cling unthinkingly to the Faith whether it is true or not. Rather, I think Puddleglum is saying precisely what St. Peter has said. Following Christ is the only sensible option, even when it might not seem so. Even if He seemed to be pure myth, that Myth is more real than whatever appears most tangible to us in the moment. In comparison with Christ, there is nothing else. He is the most beautiful thought imaginable. And He comes into our lives in mysterious waves, like the entire ocean entering in through a drip. He is the One Who is Good, the One to be Enjoyed. He is the fulfillment of our every single desire. To whom else would we go? 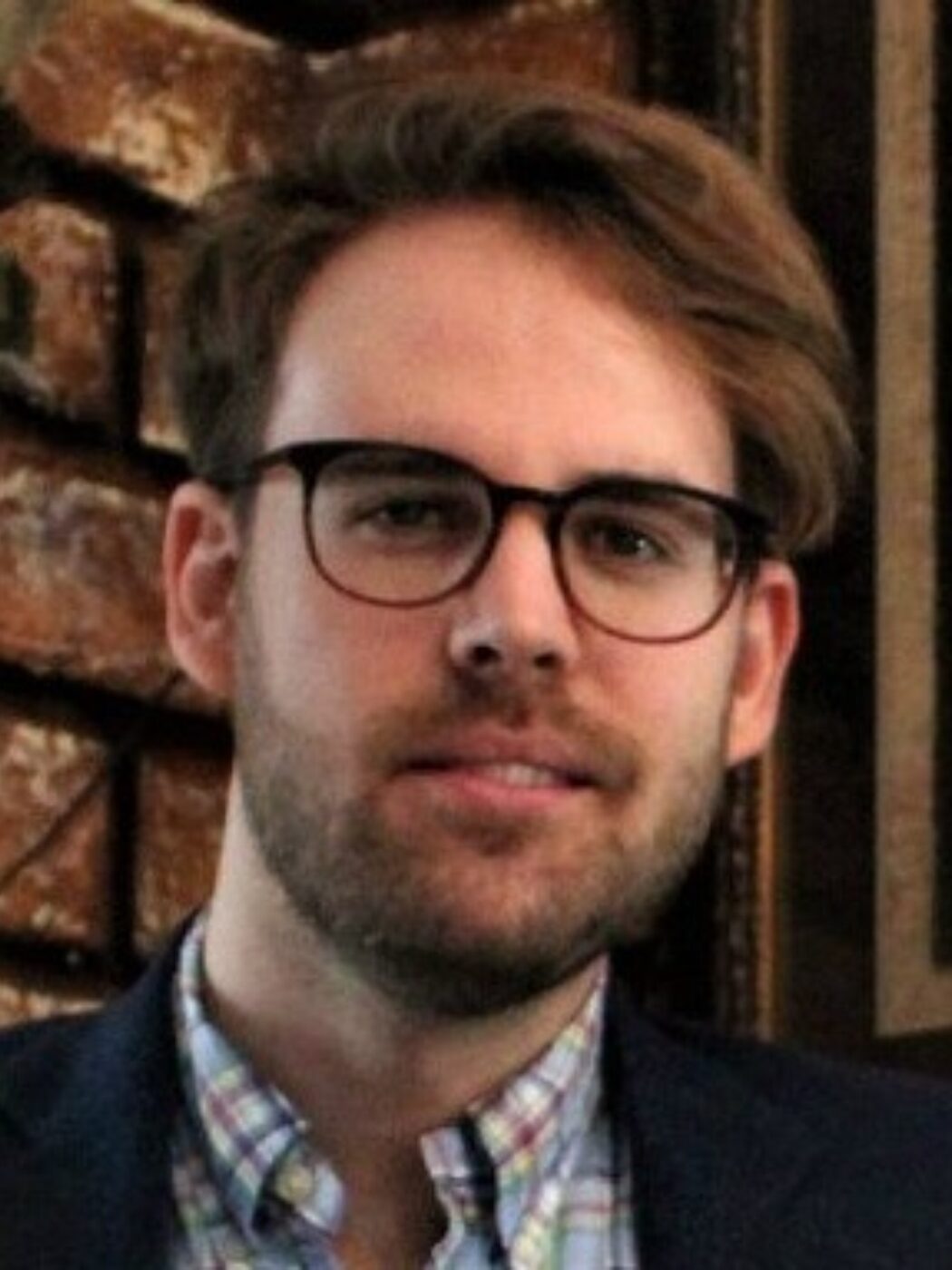 Taylor Patrick O'Neill, Ph.D., is a Teaching Faculty at Thomas Aquinas College in Northfield, MA. His book Grace, Predestination, and the Permission of Sin was published in 2019 by Catholic University of America Press. His work has appeared in First Things, The Heythrop Journal, Ecce Mater Tua, Reality: A Journal for Philosophical Discourse, Church Life Journal, Sapientia Press, Ignatius Press, and the T & T Clark Companion Series. He is a founding member of The Sacra Doctrina Project.