Interpretation of Scripture and Ecclesial Exegesis: The Search for an Integrated Theology - A Post-Conference Reflection - St. Bernard's

Interpretation of Scripture and Ecclesial Exegesis: The Search for an Integrated Theology - A Post-Conference Reflection 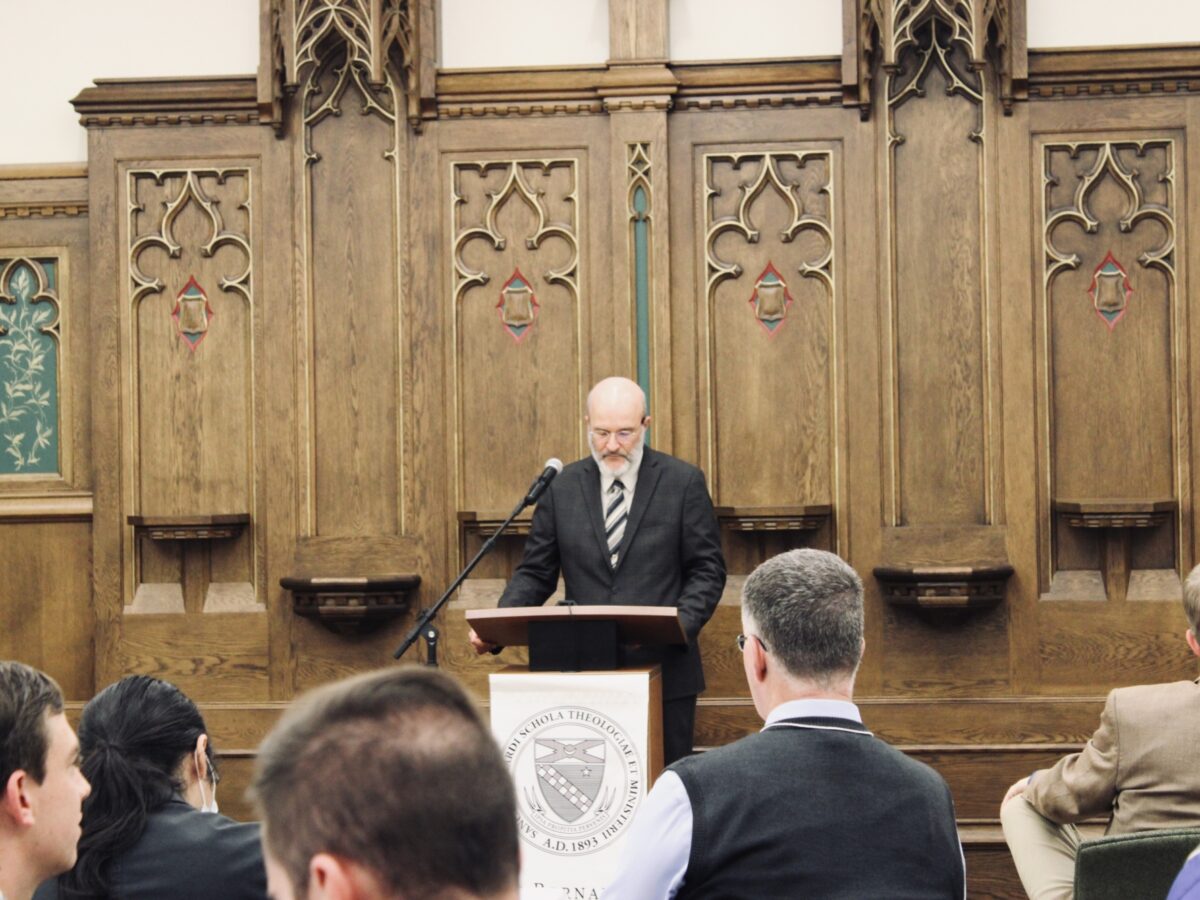 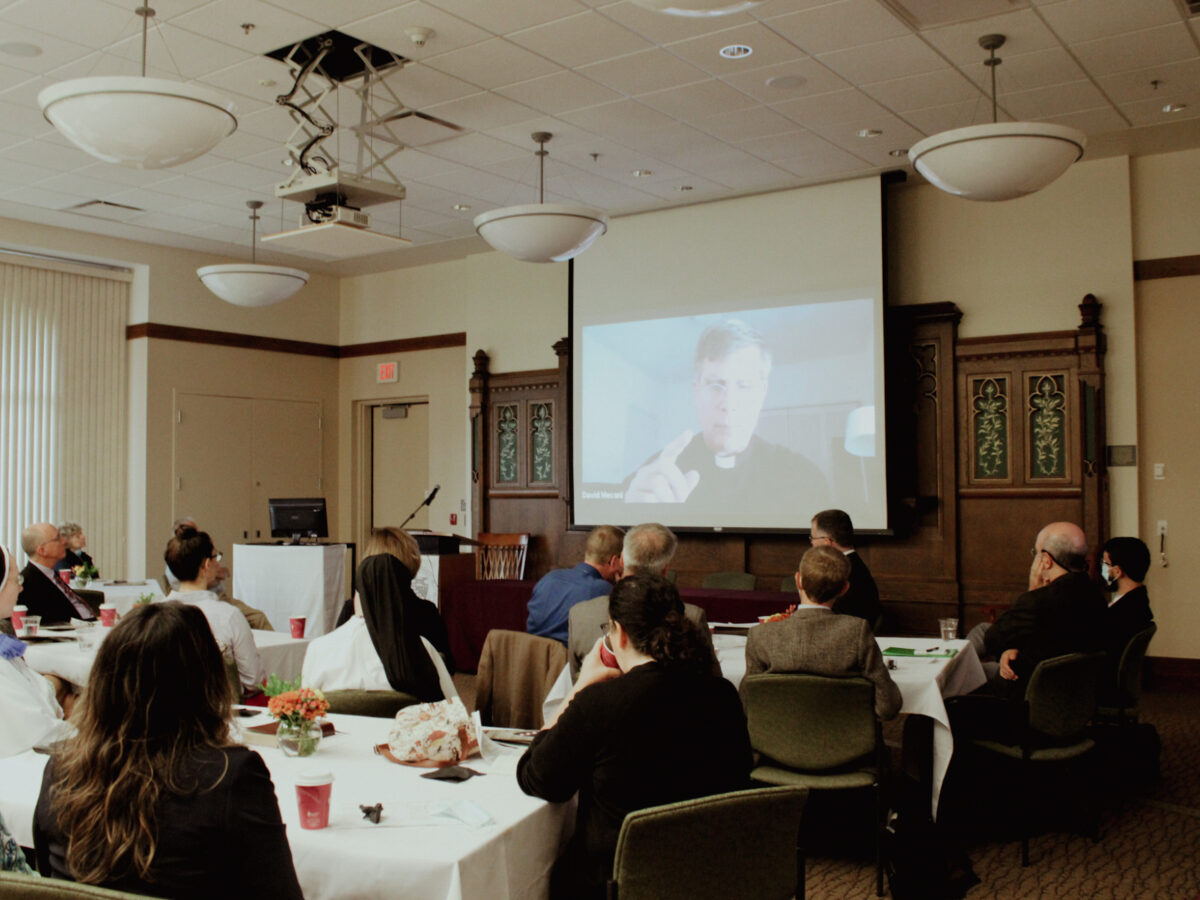 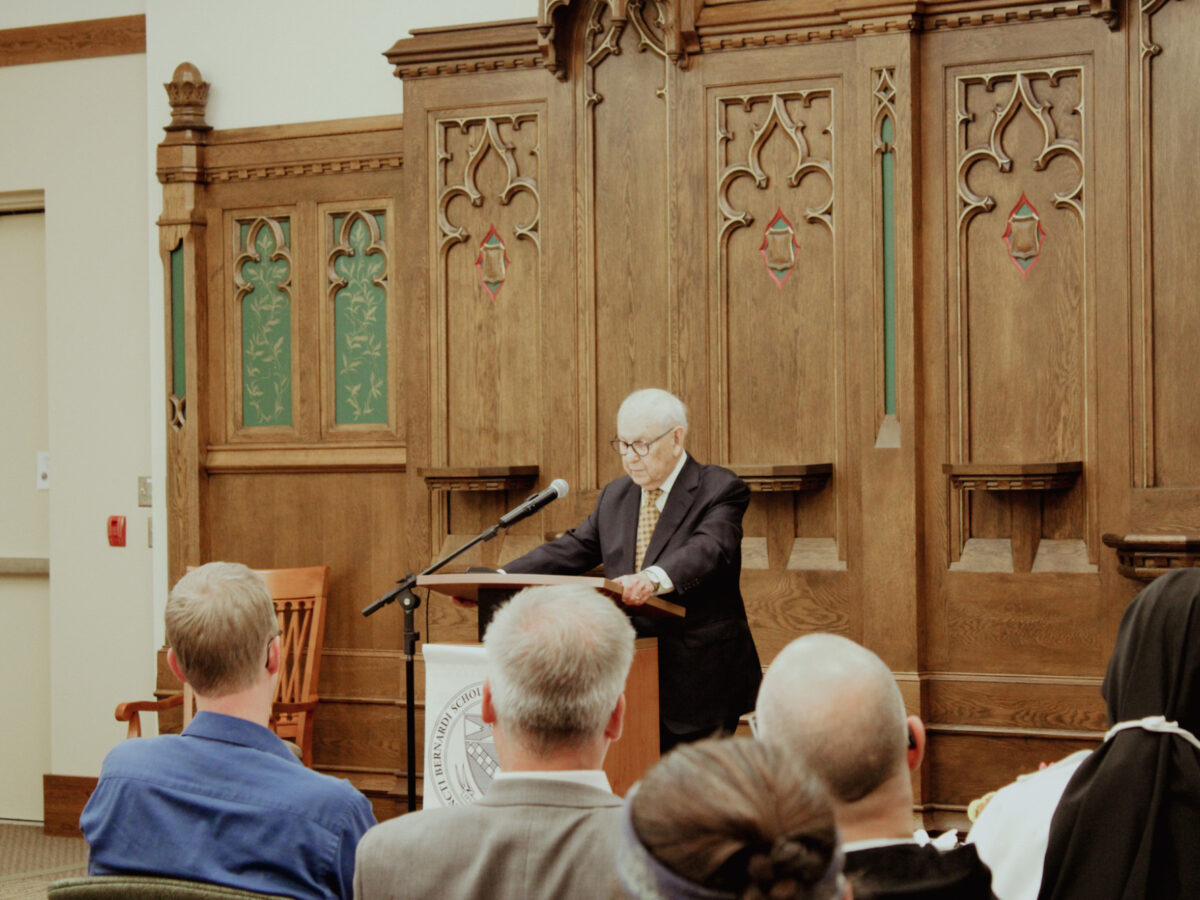 It must be said that although this was our first conference, the caliber of people who presented was, as they say, “top drawer”! Scholars from Princeton, Notre Dame, Duke, Boston College, Villanova, and the University of San Francisco offered learned papers, as did those from Christendom, Benedictine College, Ave Maria, Franciscan, Northeastern Seminary, and our own Institution. To this august crowd was added three keynote speakers of international renown: Gregory Vall, Chair and Professor of Sacred Scripture at Notre Dame Seminary of New Orleans (who presented on “The Relationship between the Testaments: The Case of Hannah and the Virgin Mary”); Fr. David Meconi, S.J., Associate Professor of Patristics at St. Louis University (who presented on “The Word Must Become Flesh: An Exhortation to Integrate Scripture, Sacraments, and Sanctity”); and last but not least, Robert Louis Wilken, William R. Kenan Professor of the History of Christianity Emeritus at the University of Virginia (who presented on “Words Alone are Certain Good”).

Our keynote speakers gave us beautiful examples of the synthesis mentioned previously, and the remaining presenters offered interdisciplinary papers leading to fruitful discussions concerning theological method and Christian formation in Sacred Scripture. The learning that was on display at this conference was truly astonishing, as was the unity of mind and heart. In keeping with the charism that animates the mission and vision of St. Bernard’s, this conference beautifully incorporated into its proceedings liturgical practices at the heart of our Faith: morning prayer and compline from the Breviary, adoration of the Blessed Sacrament, and the celebration of the Holy Eucharist. One participant made a point of taking me aside to exclaim how necessary and welcome were the liturgical elements incorporated into this conference, especially one so centered upon the interpretation of Scripture and Ecclesial Exegesis! His joy was palpable, as was the amity and goodwill that vivified all who attended.

As one trained in the Catholic philosophical tradition, and thus who cut his teeth theologically upon the writings of St. Augustine and St. Thomas Aquinas, I found myself in familiar yet unexplored waters, specifically as I had not, in my study of the eternal truths of our Faith, plumbed the depths of modern theological controversies concerning methodological approaches to the interpretation of Holy Scripture. At issue was the relation between historical/critical methods and those that are theological. Pope Emeritus Benedict XVI has for many decades called for an interpretation of Sacred Scripture that focuses on its historical context combined with the fullness of the canon, an explicit philosophy of interpretation, and a hermeneutic of faith in the context of the Church. His “Method C” would unite patristic and scholastic exegesis with a philosophically chastened historical method for an integrated approach to theological reflection. 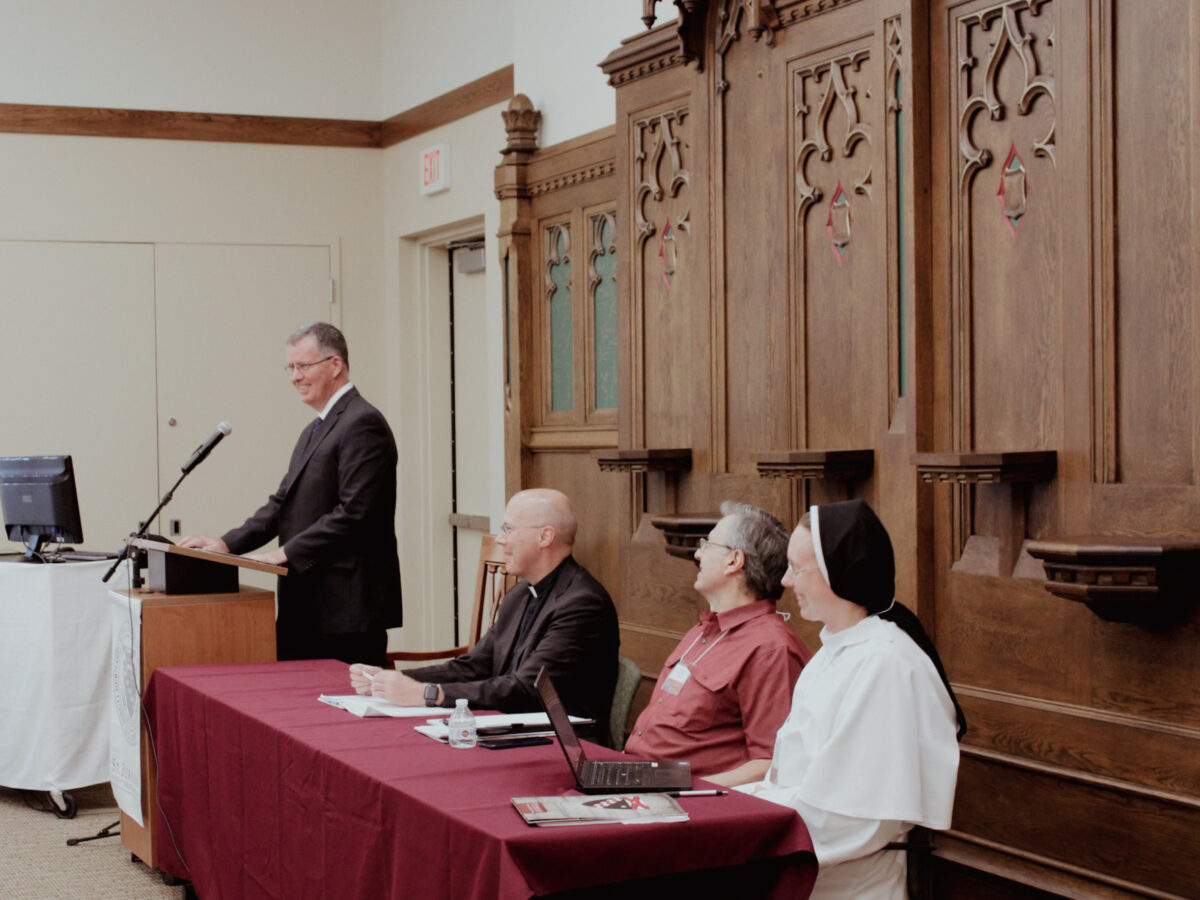 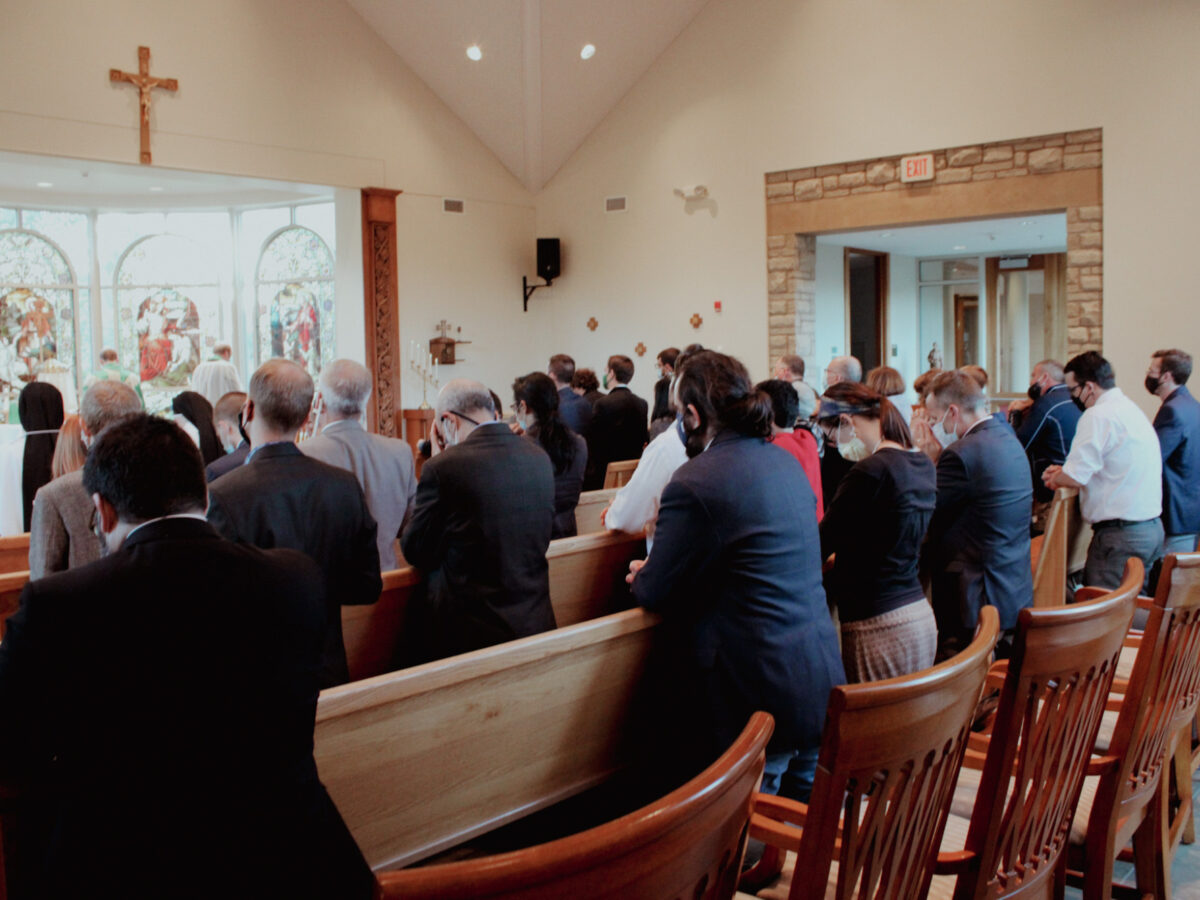 Based upon what I experienced in the papers I heard and the conversations that ensued at each session and generally throughout the entire weekend, the desire is indeed great to bring about this complementarity, and this for the sake of our ever-deepening regard of the Word of God in Holy Scripture and the consequent incorporation of it into our lives. To be perfectly frank, it was exhilarating to behold such a wide variety of people representing many and diverse disciplines bending the knee before the Word, and thereby giving due honor to God, and not, as I have seen so often, treating their discipline and its subject matter as that over which they stood in authority and felt justified in passing judgment.

Another matter that struck me was the great invitation extended, if only implicitly, to my humble profession as philosopher and the effect that it has had and could have upon the modern approaches to biblical interpretation that are at odds with received tradition. In particular, I realized that many of the matters and controversies discussed and debated during this conference had their roots not solely in the theological disciplines but importantly in the soil of philosophy, most especially in the general stories that we tell each other concerning the nature and purpose of reality with which each and every generation since the time of Thales has been explicitly concerned. Our regard of reality and the stories that we receive from our earliest exposures to our cultures have an almost indiscernible but nevertheless incredibly powerful influence upon key decisions in our methodological approach to Holy Scripture and its interpretation, especially when regarding our inheritance of the theological riches and scriptural commentary from the first millennium of our Church. To read such lovingly preserved and received works and to consider how they are to be incorporated into our continued exploration into the Word of God without an eye to the metaphysical and epistemological considerations hinted at here in both our own time and of the past is to court theological and spiritual misadventure in the present.

Lastly, I was and continue to be struck by the seriousness with which the Holy Scripture is taken by the scholars and auditors in attendance. It reminded me of St. Thomas’ stance before and dedication to the Holy Scriptures, pursuing all other learned works for the sake of his continued penetration into the depths of God revealed in the Scripture’s pages. Non nisi te Domine - “Nothing other than Thee, Lord” - is the desire of such people, and it was most inspiring to be exposed to this not simply in word but in their comportment, offering an example to redouble my own efforts in understanding our God and to incarnate Him in the degree to which I can in the discharge of my responsibilities and the sharing of the gifts afforded me, affecting, as our School so desires in all of its students, a kneeling theology.

Such a conference gives testimony to the good work of all people who directly and indirectly work on behalf of this School, and I eagerly anticipate the conferences that we will hold and sponsor in years to come. To this president, to see the very mission and vision of our School in action was most gratifying, affirming all that we and our supporters work to realize for the people of God in loving service of our Church. May we continue to be blessed in this way for the greater glory of God! 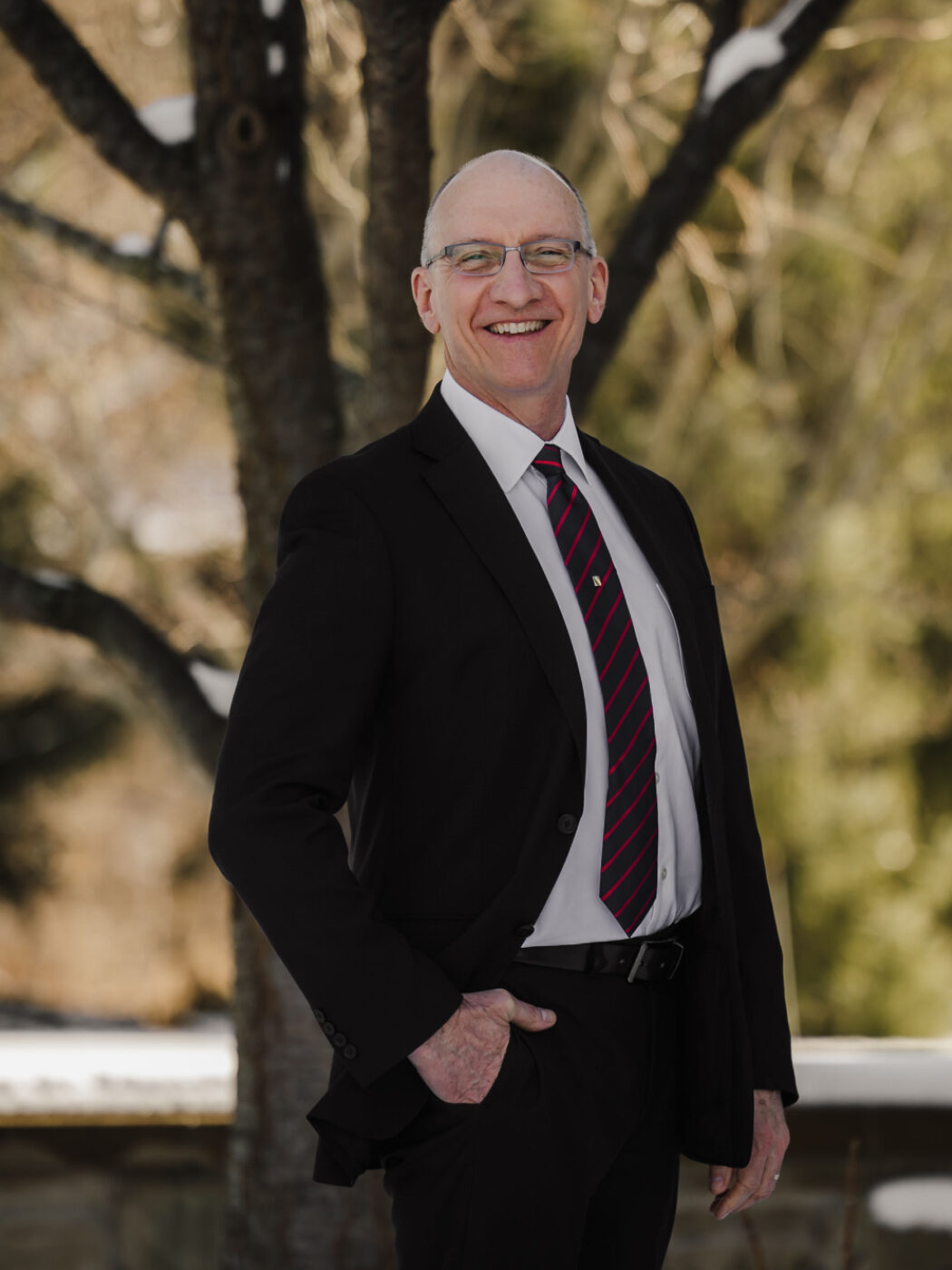