In this post I would like to briefly explore the topic of freedom as it has been developed by Servant of God, Fr. Luigi Giussani (15 October 1922 – 22 February 2005). Fr. Giussani was an Italian theologian and educator and most importantly the founder of the lay Catholic movement, Communion and Liberation - born among the desks of “Berchet” high school in Milano and now present throughout the world.

Why is freedom so crucial for Fr. Giussani? Why is it integral to the life of faith? How is freedom connected to the other concepts that Fr. Giussani developed throughout his life-long reflection on the mystery of the Incarnation – concepts such as communion, encounter, event, religious sense, and experience?

Before I share the three aspects that, in my view, constitute the essential dimensions of freedom in Fr. Giussani’s thought, I would like to point out the difficulty in translating the Italian word “libertà” – the word used by Fr. Giussani – into English. While in English we have the different words “freedom” and “liberty,” in Italian we have only the word “libertà,” which captures by itself, in a single analogous gesture, all the different nuances of the English language. Moreover, being aware of the Italian word for freedom/liberty allows us to see the connection between “libertà” and the fundamental concept of “liberazione,” namely, liberation, to be understood not primarily in a political sense (as we tend to do today), but in an anthropological and existential sense. For these reasons, I will use the Italian word “libertà” throughout to avoid losing the depth of Fr. Giussani’s language. What I will try to suggest is that the three essential aspects of libertà – its metaphysical foundation, its Christic origin, and its ecclesial matrix – have in common the understanding libertà as liberation.

Let us focus on the first aspect of libertà, namely, its metaphysical foundation. How is human freedom possible at all? What is its origin and ultimate foundation? Is it correct to think of human freedom as identical to the capacity for self-determination? According to Fr. Giussani, the human person recognizes his own contingency at the same time that he recognizes his complete dependency on “other.” This “other” turns out to be a personal origin who transcends the world, a “You,” with whom the human person is, so to speak, in direct contact. The human person can become aware of such fundamental, originating relation to this “You” because he is that level of nature in which nature becomes aware of itself.

The dramatic aspect of freedom as ‘freedom of choice’ and ‘self-determination’ is therefore rooted in the ultimate dependence of the human person on a transcendent origin. It is precisely this dependence that, instead of condemning the human person to a condition of metaphysical subjection (as modern philosophy tends to believe), liberates him to himself (which is the proper sense of creation) and to the possibility of not being reduced to his natural and historical antecedents. Only in this way, according to Fr. Giussani, is the human person also liberated to the possibility of engaging critically with the cultural and religious tradition that he has received.

The second aspect of libertà is its Christic origin. At this level, Fr. Giussani understands libertà as the total fulfilment of the human “I,” and such experience of fulfilment constitutes an essential aspect of the personal encounter with Christ. The experience of libertà so understood is what liberates us not only from any false prejudice about what Christianity is, but also, by putting at the center the concrete encounter with Christ, liberates us from the ‘slavery’ of alternative images of human fulfilment and therefore, ultimately, from sin. In this sense, human libertà reveals itself as made for Christ. It is from within this experience that the drama of choice is revealed in its truth, namely, as the drama of the ‘yes’ or ‘no’ to the encounter with Christ.

The third and final aspect is that of the ecclesial matrix of libertà. Fr. Giussani develops the idea of libertà as the constant human need for liberation. What sustains our journey of faith? The concrete, historical Church as the mystical body of Christ is the only reasonable hypothesis capable of rescuing human libertà from an ultimate condition of meaninglessness and hopelessness. In fact, according to Fr. Giussani, in order for human libertà to be liberated from its sin and for genuine novelty to be possible, there must be something in the human community, in history, that is irreducible to the community and to history; this ‘something’ is the Event of Christ present and at work in His Church.

Thus, Fr. Giussani speaks of the Event of Christ as the liberating sacramental presence in which the liberation of creation (metaphysical foundation) and of the fulfilling encounter with Christ (Christic origin) are recapitulated and perfected. 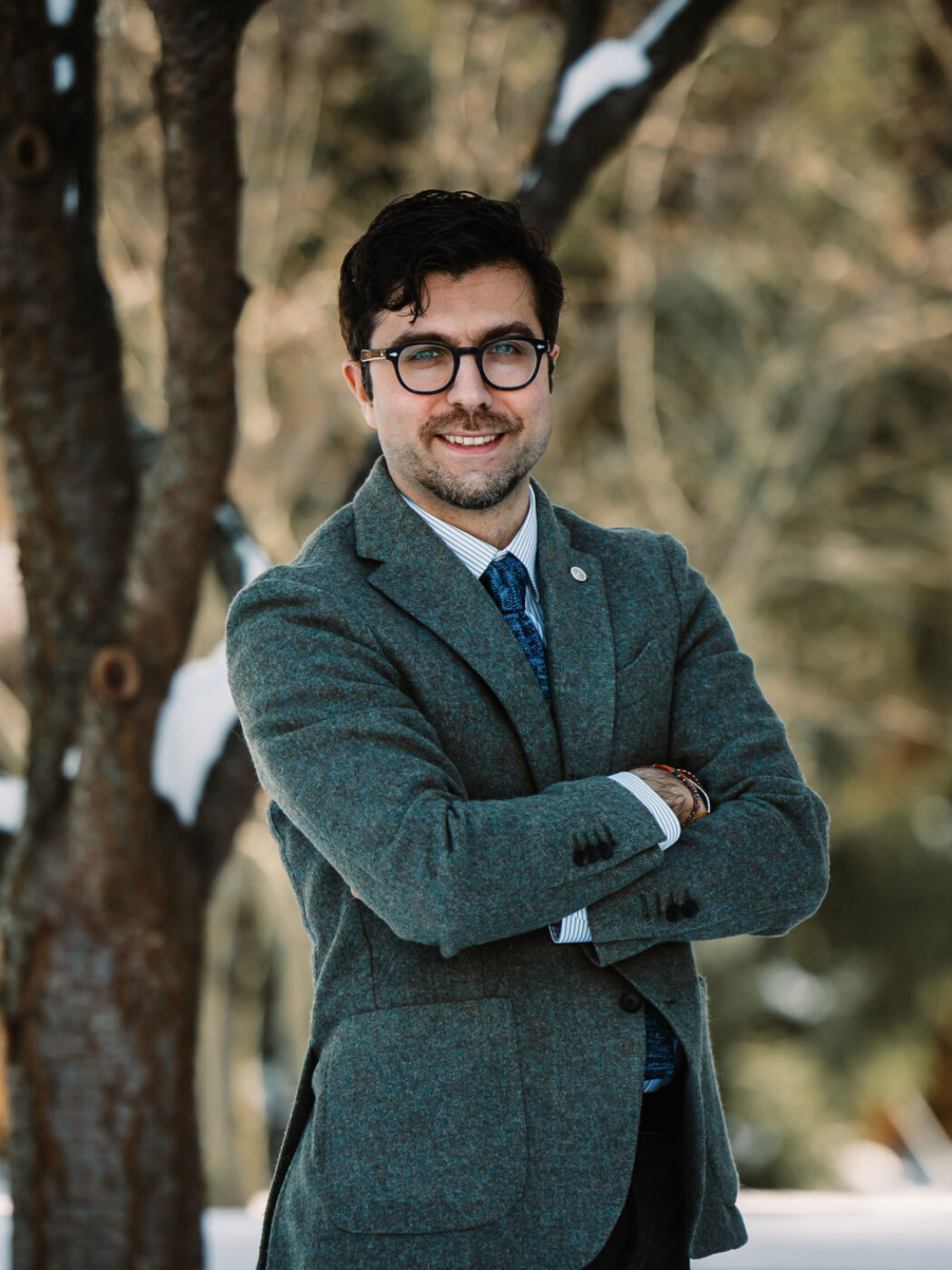 Dr. Marco Stango is Assistant Professor of Philosophy and Campus Manager at the Albany campus of St. Bernard's School of Theology and Ministry. Dr. Stango did his graduate studies in philosophy at the Catholic University of the Sacred Heart of Milan (Italy) and the University of Macerata (Italy). Before coming to St. Bernard's, he was Assistant Professor of Philosophy at DeSales University in Allentown PA, but he has also worked for other universities, both in the U.S. and Chile. He has articles published in various academic journals, including International Philosophical Quarterly, Proceedings of the American Catholic Philosophical Association, The Heythrop Journal, Idealistic Studies, and Transactions of the Charles S. Peirce Society. He is interested in the Catholic philosophical tradition, the history of philosophy, and all topics lying at the intersection of metaphysics and anthropology.