Embodying Catholicity as Gift and Task

At the end of this month, we here at St. Bernard’s are meeting to celebrate the anniversary of the journal Communio: International Catholic Review, which was founded fifty years ago by a group of scholars who wanted to begin a genuinely catholic conversation—one that spans the centuries and the continents and draws on the vast treasures of the Scriptures, the Church’s Tradition, and the lived experience of the People of God.

Our conference occurs during the feasts of two great saints, Jerome (September 30th) and Thérèse of Lisieux (October 1st). As Doctors of the Church, Jerome and Thérèse teach us what it is to live communion and catholicity as scholars. Yet, we could hardly find two saints who differ from each other as much as these two.

Jerome was an ascetic, an apologist, and a master of Biblical texts. Born in the 4th century in Italy, after a youthful conversion he went to the Egyptian desert, where a dramatic vision of Christ turned him toward the study of the Scriptures. His expertise in Hebrew and Greek and his vigorous defenses of the Church’s teachings led him to be named secretary to Pope Damascus I. He eventually moved to the Holy Land, where he finished his revision of the Latin translation of the Gospels and the Psalms and wrote numerous Scriptural commentaries. Among the Church Fathers, Jerome’s literary output is second only to Augustine. He died in his seventies in a cave in Bethlehem.

Thérèse was a poet, a contemplative, and a victim soul. Born in 1873 to French middle-class parents, she spent a handful of years struggling in school before entering the Carmelite monastery at fifteen. Her entire “output” was her spiritual memoir The Story of the Soul and the letters, poems and paintings she produced for family and friends while in the convent. In the final eighteen months of her life, tuberculosis ravaged her body while interior darkness invaded her soul—the answer to her desire to become a “victim to God’s merciful love.” She was only twenty-four when she died.

Two saints, two different historical eras, two vastly different personalities—and yet both are teachers who communicate—each in their own unrepeatable way—what it is to be transformed by Christ.

Both Jerome and Thérèse had personalities that verged on the extreme, and both of them found their bearings by letting the encounter with God change them. And this encounter became intrinsic to their teaching.

In a time of rampant heresies, Jerome was a great defender of the Church’s doctrines. He argued for the Church’s unity, the role of the bishop, the virginity of Mary—and he did it with unmatched vigor. Yet often enough Jerome’s incisive prose was directed against other Church Fathers: he criticized Rufinus and jousted with Augustine. No saint made more enemies of friends than Jerome did.

This could have been his downfall. Yet Jerome’s fiery wit was matched, driven even, by his fierce asceticism. No one was harsher with himself than Jerome. According to tradition, part of Jerome’s habitual regimen involved beating himself with a rock—precisely to bring his ego under control. Upon seeing a painting of Jerome chastising himself thus, a Renaissance pope remarked, “If it weren’t for that rock, Jerome would not be a saint.”

In his letter on the sixteen-hundredth anniversary of Jerome’s death, Pope Francis explained that the heart of Jerome’s asceticism was “an absolute and austere consecration to God, renouncing all human satisfaction for love of Christ crucified.” For Jerome, the rock was not just a way to “control” himself. It was a vehicle to draw closer to the beloved one: his asceticism made possible his theology. Again, Francis:

If, as a true “Lion of Bethlehem,” he could be violent in his language, it was always in the service of a truth to which he was unconditionally committed. As he explained in the first of his writings, the Life of Saint Paul, Hermit of Thebes, lions can roar but also weep. What might at first appear as two separate aspects of Saint Jerome’s character were joined by the Holy Spirit through a process of interior maturation.

Such a process of “interior maturation” was one that Thérèse knew as well. The “Little Flower” is arguably the best-loved saint of all time, made adorable to her many followers by images that highlight God’s unending mercy on his children: the little violet along the path and the elevator to heaven. Yet Thérèse’s theology emerged through a process every bit as intense as that suffered by Jerome.

Having lost her mother at the age of five, Thérèse developed into a highly sensitive young woman, scrupulous and clingy. Then God offered her her own version of the rock: childlike audacity. Thérèse became determined to remain little, spiritually speaking. Like a child who thrusts itself into the arms of its father, Thérèse never stopped throwing herself into the arms of God.

Her sensitivity led her to the edge. Realizing that she did not have it in her to aspire to great sanctity—which she associated with the most beautiful flowers of the garden, the rose and the lily—Thérèse sought instead to become a “little flower,” reasoning that since God had made her little and loved her as little, this was where her perfection lay:

The splendor of the rose and the whiteness of the lily do not take away the perfume of the little violet or the delightful simplicity of the daisy. If all flowers wanted to be roses, nature would lose her springtime beauty, and the fields would no longer be decked out with little wildflowers. And so it is in the world of souls, Jesus’ garden. Perfection consists in doing His will, in being what He wills us to be.

Over time, Thérèse’s acceptance of her “littleness” drove her entire relationship with God, turning all of her sensitivity into a path of sanctity. Again and again, she had recourse to God’s fatherly love and never more so than in those last eighteen months. Bereft of a sense of God’s love, she could still gaze upon him and let herself love him—and she did. This is what gives teeth to her teaching and shows her for the true “doctor” she is.

And so, we see that Jerome is not the only “lion” here!

Both Jerome and Thérèse witnessed, each in their own unique way, to the same Christ—he who remains the same, “yesterday, today forever” (Hebrews 13:8). How blessed we are to share in their communio! We likewise invite you to join us in celebrating the Communio journal at our upcoming academic conference September 30th - October 2nd. More details can be found below!

Learn More about the Conference 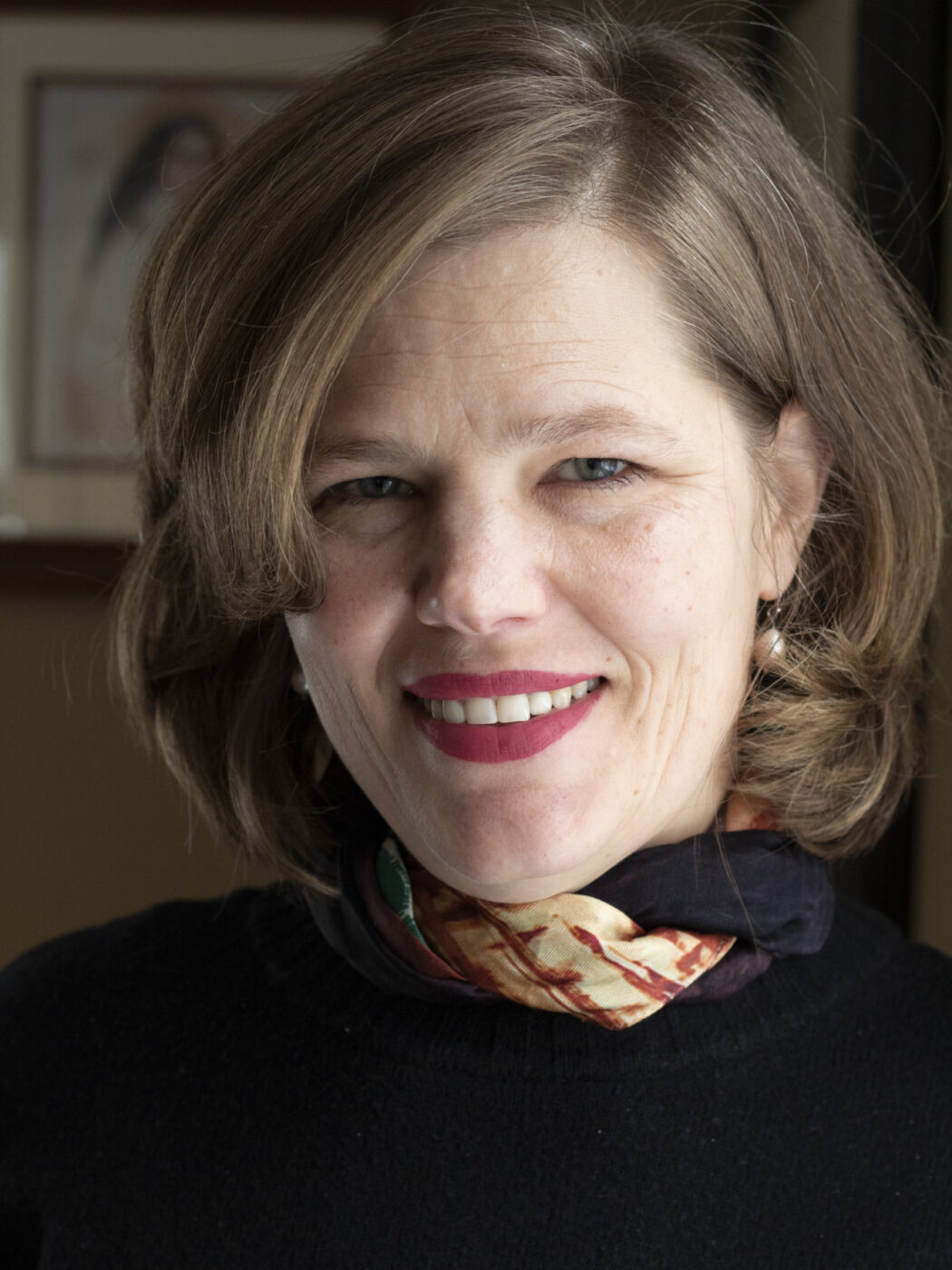 Lisa Lickona comes to St. Bernard’s after serving for eight years as Editor for Saints at Magnificat, where she researched and wrote daily on the lives of the saints. She has written and spoken widely on issues in theological anthropology and culture from the perspective afforded by Pope John Paul II’s theology of the body and his “new feminism.” Her most recent work includes co-editing The Relevance of the Stars: Christ, Culture, Destiny by Lorenzo Albacete and a chapter for Clerical Sexual Misconduct II: A Foundational Conversation. She has published essays in Humanum, Catholic Social Science Review, and Ave Maria Law Review. Lisa earned her B.A. at the University of Notre Dame and holds the Masters in Theological Studies and Licentiate in Sacred Theology from the Pontifical John Paul II Institute for Studies on Marriage and Family. She has lived with her family in upstate New York for fifteen years, where for several years she operated a micro-organic farm and organized a local farmers’ market.