Sifting for the Particular Good: The Relationship between Archeology and the Bible - St. Bernard's

Sifting for the Particular Good: The Relationship between Archeology and the Bible

When you read the Bible, do you see it? Can you see the countryside, the colors, the fabrics, the buildings, the clothes?

Last night, July 4, I performed traditional pietas with some friends and their neighbors: we cooked burgers, sat outside, sang folk songs, leaned back in our chairs, and told stories. Eventually I was asked what I'm teaching, and I mentioned Archeology and the Bible. People asked some questions about languages and discoveries and the Dead Sea Scrolls and forgeries, and then a man said "Ok. I've waited long enough. You've got to tell us what we really want to know. Where is the Ark of the Covenant?"

Indiana Jones, you boon, you bane.

Early in the history of archeology, most archeologists were explorers who set out to find treasures and bring them home to their national museums. Artifacts were dug up and set into new stories: they told of the glory of Napoleon, who recruited 500 some odd experts to dig in Egypt, or of the extent and might of the British Empire, or the shrewd funding of research by John D. Rockefeller, financier of the Oriental Institute at the University of Chicago, where Indiana Jones obtained his (incredibly multidisciplinary) PhD. The fervor for discovery animated those who dug in Palestine, too. Every city or artifact could validate the Bible's history and Israel's ancient claim to the land in one fell swoop. For this reason, to this day, every ancient artifact in Israel comes with its own pre-packaged press release kit.

In the twentieth century, archeology developed rigorous methods designed not only to find buried treasure, but to preserve it in its story told in strata. Digs now feature careful recording of every layer of a tell complete with chemical analysis of dirt, pottery, and ruins, and various types of dating. Archeologists bring a wide variety of experts in archeological subfields to the digside table — from bone experts to chemists to epigraphists.

How might such archeology aid a reader of the Bible? You might worry that archeologists and ancient historians now try to discredit the Bible when yesteryear they attempted to find its narratives in the stratified dirt. Origen, Augustine, and Jerome read the Bible without a trowel — why should a Christian let archeologists cast anxiety on your troubled mind? Why let rock-scribblers limit the truth?

Since the Bible is an authoritative text, it's easy to turn to it to find the proof for a truth you already know. The Bible's authority transforms an idea to a universal. "God loves you and has a wonderful plan for your life" — this is a truism you could support with any number of biblical stories. You could, certain of its truth, even shape your interpretation of a certain biblical story to fit its sunny parameters. You would then make a particular intuition universal with folksy twenty-first century suburban American charm and biblical warrant.

But what gives Sacred Scripture its specific cast, its beauty, its own particularity? To already know what you know before opening the page is where the limit lies. If you already know what Sacred Scripture must say, you cannot encounter it as a stranger to you, with something to say, something you never imagined. To believe that Scripture is God-breathed means to know that God, himself beyond any universal, speaks through the particular good of specific texts and real people. Isaiah was a real person who lived and walked and spoke and slept and saw things. What he saw and knew in his everyday life and cultural context gave coherence to the images in his visions. You can read the visions: can you see them with Isaiah’s eyes?

Archeology opens up the meaning of Scripture by giving it texture. Archeological artifacts are tangible real objects that you can touch, handle, see. They give color and verve to the pages of Scripture written by people who saw such things, for whom the Iron Age was home. They send a Mediterranean breeze across the Psalms; they illuminate the words of the Prophets.

What did Isaiah see flying around the throne of God crying holy, holy, holy (Isa 6)? Seraphim, naturally, but what are they? Fiery serpents, given the use of the word elsewhere in Hebrew, but could they really be serpents with wings? Such divine accompaniment might seem odd, but archeologists have discovered Israelite seals with just such imagery:

This archeological discovery does not radically change anything about Isaiah 6. In the end, you might say, when you boil it all down, the point is that God is holy, holy, holy, absolutely other, transcendent, that Being before whom Isaiah cries he has unclean lips. That's quite true. These seals did not unlock a secret theological meaning unknown to St. Jerome—though he, I have no doubt, would have loved these seals.

But to pause, to hear the text again, to see what Isaiah was seeing, to be still, to encounter this text and this world as a real part of specific history, to see the vision of God with Iron Age Isaiah — the seals and the plethora of such ancient realia open this possibility once more. The Bible is not something to master so as never to wonder at its rhythms, its metaphors, or its images.

Welcome, stranger. Sift the dust with your finger and find the particular good. 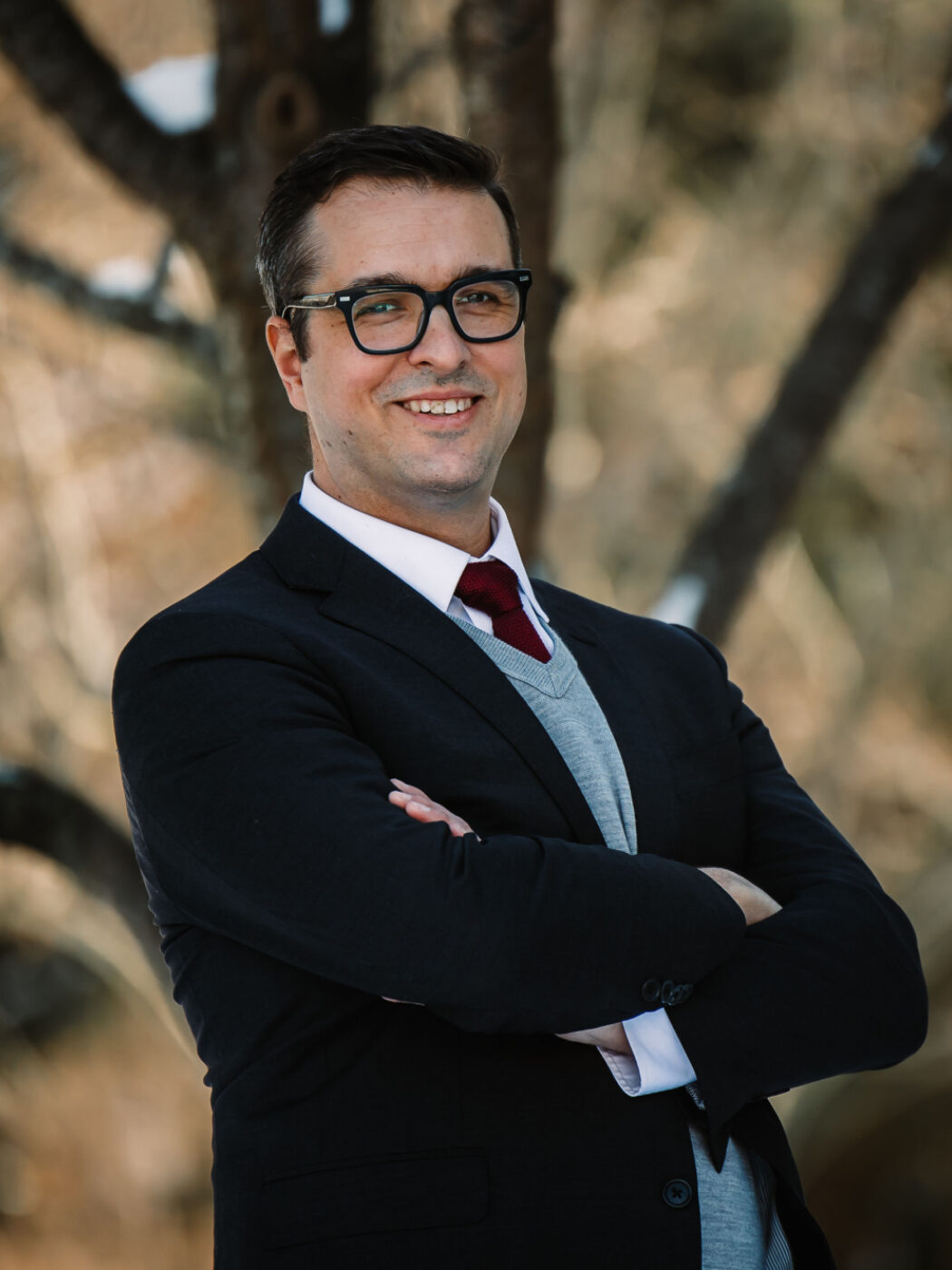 Dr. Charles Hughes Huff is Assistant Professor of Sacred Scripture at St. Bernard’s School of Theology and Ministry in Rochester, NY. Hughes Huff earned his PhD in Hebrew Bible and the Ancient Near East at the University of Chicago in 2019. He studies how ancient authors portray social practices in narratives and use technical and metaphorical language to make ritual authoritative. He is also interested in how scholars rely on modern ethical stances to evaluate ancient Middle Eastern social practices, particularly punishments. Hughes Huff is an experienced teacher, and he cares deeply about pedagogy. He has taught courses in Bible, the reception of Bible in popular culture, ethics and moral theology, social justice, and philosophy. Outside the classroom, he enjoys wine and cycling, but not at the same time.