Octopuses and All of Creation, Bless the Lord - St. Bernard's

All Creation, Bless the Lord

When I heard of the recent Netflix documentary My Octopus Teacher, I had a simultaneous skepticism and curiosity. I was flooded with questions of why such a film would exist, what could a rational human being possibly learn from an irrational invertebrate, and is this going to be another Tiger King? Then, of all places, I heard this strange documentary referenced in a homily on the Third Sunday of Ordinary Time, when we read the Gospel of the calling of Peter and Andrew, and the invitation to become “fishers of men.” I was now convinced, it was time to dedicate the hour and a half to My Octopus Teacher and allow myself to be taught by Craig Foster and his teacher, an octopus. What I never expected, and what I am still pondering, is just how much can be learned in the school of the octopus.

Permit me to quote from the Pastoral Constitution on the Church in the Modern World, Gaudium et Spes 22:

“The truth is that only in the mystery of the incarnate Word does the mystery of man take on light. For Adam, the first man, was a figure of Him Who was to come, namely Christ the Lord. Christ, the final Adam, by the revelation of the mystery of the Father and His love, fully reveals man to man himself and makes his supreme calling clear.”

Not only that, but all of creation, the masterpiece of the Divine Artist, reveals to us the mystery of God and the mystery of ourselves. It is with this hermeneutic that My Octopus Teacher becomes an excellent teacher from whom we learn the deepest truths about ourselves and the God who created us in his image and likeness. The octopus becomes a type of Jesus Christ, and Mr. Foster a type of each one of us striving to enter into a deeper relationship with Christ. With this lens, I propose to you five truths we can learn from Craig Foster and his octopus teacher.

At the outset, Foster recounts the “two years of absolute hell” that he experienced due to career and family difficulties. The pain initiated a search for greater meaning and a radical change that would result in a greater life. His quest led him to the ocean, a place he spent much of his childhood, a place where he felt at home. The experience at the ocean, although painful and difficult at first, made him realize that he needed to change something – that he could not keep living the same way. Foster makes himself completely vulnerable to the ocean, wearing neither oxygen tank nor wetsuit, in order to become unified with his environment.

Then, one day, Foster encounters the octopus during one of his dives. The octopus so mesmerizes him that he determines he must return day after day to find her, learn about her, and learn from her. In his encounter with the mysterious, unusual octopus, Craig Foster makes a decision to give himself to the mystery, to enter into relationship with the mystery, and to live his life in pursuit of the mystery.

The first lesson we learn, then, is that God requires a complete surrender to change. Once a person encounters God, who is the ultimate Mystery, they must give themself completely to the pursuit of the Mysterious One, a pursuit that requires me to leave everything behind. One cannot encounter God and remain unchanged.

Recounting the day on which he encountered the octopus, Craig Foster says: “Then I had this crazy idea. What happens if I just came here every day? What happens if I never missed a day?” Foster was faithful to the routine. He recounts that, at first, the octopus was fearful of him and would hide herself from him; however, the more he returned the more comfortable she became around him, to the point of wrapping her tentacle around his finger, as an infant grasps the finger of a parent. Over time, the octopus would allow Foster to get closer and closer because there was no longer a sense of threat. He recalls that people questioned why he returned to the same place every day, to which he would respond: “But that’s when you see the subtle differences.”

The second lesson we learn is that growth in the spiritual life requires persistence. The way one becomes better at prayer is by praying. This is not to say that it is always easy or that every day will be a moment of intimacy like when the octopus grasped Foster’s finger with a tentacle. Yet, if we return every day, we will come to know our Beloved better and we will come to know that He is the one that is ultimately persistent in pursuing us. Change takes time. When we give time to God every day, it is then that we see the differences.

As I was watching My Octopus Teacher, I could not help but think of the Jewish philosopher Martin Buber and his work I and Thou, as well as other personalist philosophers of the nineteenth and twentieth centuries. These thinkers emphasize the necessity of being in relationship with another in order to become one’s true self. Put simply, human beings are made to be in relationship, and it is through relationships that one becomes a person in the fullest sense. How is the lesson learned from an irrational invertebrate? Craig Foster found something of himself in his “relationship” with the octopus. He gave himself entirely to the relationship by returning every day, learning her environment, discovering her enemies, even being with her in moments of life and death. Foster recounts, “You start to think about your own vulnerability. Worried about your family or child.”

The third lesson we learn is that human beings are created to be in relationship with others, and the ultimate Other. The truth that Foster learned from his relationship with the octopus is one that we can learn from our relationships with family and friends. We find our true selves in vulnerability to another. We are not created to be closed in upon ourselves, drowning in our own egoism and selfishness; rather, we become fully alive by living with and for another. This truth in a supremely eminent way applies to God. When I give myself and allow myself to become vulnerable in a relationship with the ultimate Thou, the ultimate Other, I find true life, I become fully alive.

As time went on and the octopus became more comfortable around Craig Foster, there was, in a sense, a greater sharing of life. Foster was able to get closer to his octopus teacher and there was a sort of “playfulness” that developed. Foster recounts: “She was following me. And that is the most incredible thing, to be followed by an octopus.” In the “love” that developed there was gift of self that resulted. In one scene, a pyjama shark attacks the octopus and bites off one of her arms. Foster recalls the pain and hurt he felt at this moment and the innate desire to try to “fix it” and assist his now septopus. The affection he felt for her provoked a response in which he desired to alleviate the hurt and pain of the other.

This self-gift is further illustrated by the octopus at the end of her life. On day three hundred twenty-four, Foster returns to the ocean to find things very different: another octopus is present, indicating that mating has begun and her life is coming to an end. When an octopus mates, the female stops hunting and eating, and much of the body is given as nourishment to the eggs. The octopus times its death to coincide with the hatching of the eggs, to complete the work of “sacrificing her life for her young.”

The fourth lesson we learn is that true love requires pouring oneself out in self-gift to the other. This is most greatly exemplified on the cross, the greatest love story ever told. Jesus Christ, Who is God in the flesh, pours out His life so that all of His children might have life and have it more abundantly. We are called to participate in this love. The love we have for our beloved must lead us to give ourselves entirely to them. We share in the joy and sorrow of our Beloved as if it were our own because they become “another self.” It is only through the cross and complete surrender of self that we come to truly live. The Teacher himself tells us: “He who finds his life will lose it, and he who loses his life for my sake will find it.”

Which leads to the fifth lesson we can learn from My Octopus Teacher, namely, life and resurrection always triumph over death. After the death of his octopus, Foster began returning to the ocean with his son to bring him to experience what he experienced. One day, a few months later, he found a small, young octopus, which he imagined to be one of his teacher’s offspring. In that moment he experienced again the presence of his octopus, the sadness of death is replaced by the joy of life. Not only did Foster find new life in the young octopus, but he in his own way experienced a rebirth and new life. By following the octopus, he was able to reevaluate his life, his relationships with others, and begin anew. Now, Foster’s desire is to bring others to that experience and to allow them to encounter, beginning with his son, but extending the invitation beyond.

How much more do we experience the triumph of life over death when we follow Christ? Christ, the Way, the Truth, and the Life, offers us a life far beyond our imagining. We, through the waters of Baptism, are given new life as children of God and are given the hope of eternal life. Our invitation is to be witnesses to that life and bring others into the experience of its joy. What Foster experienced by following his octopus, we experience to an infinite degree by following our Teacher, the one that “came that they may have life, and have it abundantly.”

There is a lot we can learn from My Octopus Teacher, but there is still even more we can learn when we give ourselves completely to the true Teacher, Jesus Christ. The questions that remain for each of us to ponder are: Am I willing to dive in and follow? What happens if I return every day? Am I willing to give myself completely to others, especially the ultimate Other? Am I ready to experience a new life far beyond any imagining? Foster recounts the experience of having his octopus follow him for the first time and wrap her tentacle around his finger: it is something infinitely greater when we recognize that God is the One in constant pursuit of us and reaches out to embrace us, His beloved children. 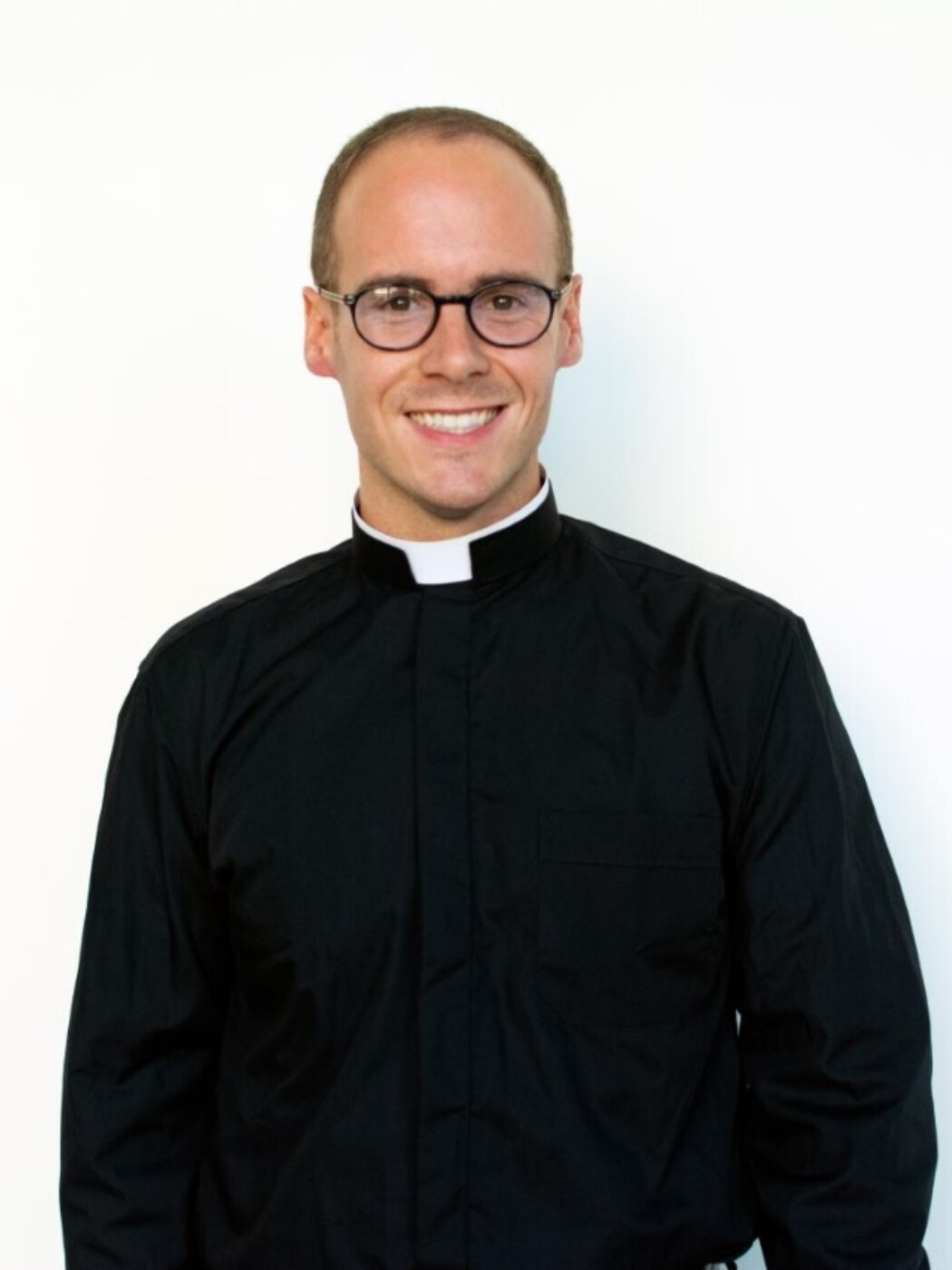